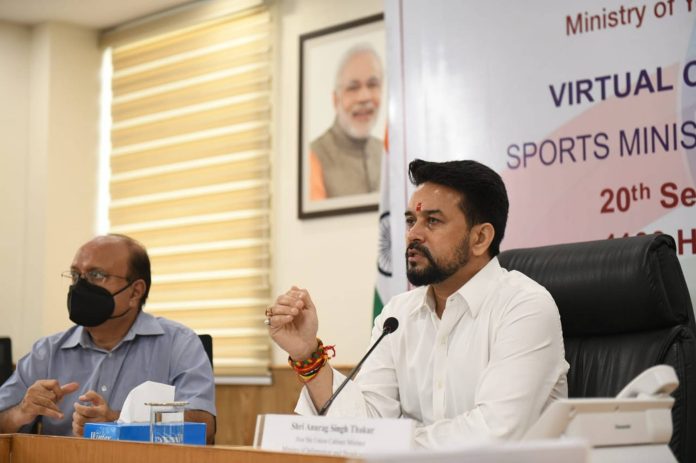 One of the verticals of the Khelo India Scheme, “Promotion of rural and indigenous/tribal games”, is dedicated specifically to the encouragement of rural sports activities in the country, including the rural areas of Maharashtra. This Ministry has provided financial assistance to the concerned Sports Federations for conducting competitive events in Mallakhamb, Mitti Dangal (freestyle wrestling), tug of war, etc. in the rural areas of Maharashtra. 37 players of Maharashtra who have won medals in Mallakhamb at the national level are receiving scholarship at the rate of Rs. 10,000/- per month under the Khelo India Scheme. Further, rural sports are also promoted in Maharashtra and other parts of the country under the aegis of the Ek Bharat Shreshtha Bharat (EBSB) Programme of which the sports component is implemented by this Ministry.

‘Sports’ being a State subject, the responsibility to develop special facilities to encourage meritorious children and youth in rural areas so that they also get an opportunity to play in national/international competitions and represent the nation rests primarily with the respective State/Union Territory Governments. The Union Government supplements their efforts. However, under the Khelo India Scheme of this Ministry, 12 sports infrastructure projects of various categories have been sanctioned, 28 sports academies have been accredited and 44 Khelo India Centres (district level) and one Khelo India State Centre of Excellence have been approved in the State of Maharashtra. Further, the Sports Authority of India (SAI) runs 2 National Centres of Excellence (NCOE), one Indigenous Games and Martial Arts School (IGMA) and 14 Adopted Akharas in the State of Maharashtra. The sportspersons being trained at these sports facilities belong to all sections of society including the rural, backward and tribal areas of the country and are provided with regular training on residential and non-residential basis as per the approved norms of the schemes.

This information was given by Minister of Youth Affairs & Sports Shri Anurag Thakur in a written reply in Lok Sabha today.