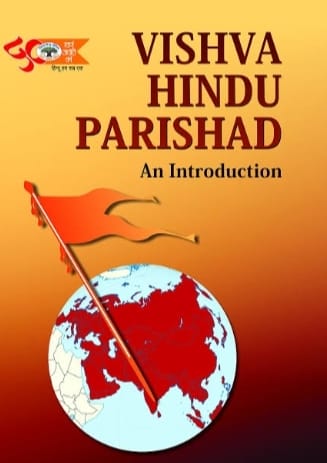 Furious over the ‘wajib-ul-qatl’ Jihadism practised on Harsha in Karnataka’s Shivamogga (Shimoga) and then followed by the deadly attack mounted on the protectors of cow progeny by entering a temple at Karman Ghaat, Dilsukh Nagar, Hyderabad in Telangana, the Vishva Hindu Parishad has warned against taking the test of Hindu patience! VHP’s Central Secretary General Shri Milind Parande said today that those who practise the Jihadist decree of ‘wajib-ul-qatl’ (‘deserving death’) on Hindus committed and dedicated to protecting cow progeny (the complete ecology) and also protecting Dharma (laws that respect Mother Nature and Life) and also those who support these Jihadists to intimidate Hindus have to understand that if they don’t stop their evil moves, Hindu youths will come on the streets to preserve, protect and promote the interests of the national society and the Mrityunjayi (immortal) nation! The graves of the brutal and sadistic Jihadis will now be dug in Bharat itself. We express our concern towards the victim families and resolute to help them.

Condemning the series of government repressions against Hindu youths protesting peacefully in Telangana and Maharashtra, he asked whether the state governments have become so blind having been severely intoxicated with the Muslim appeasement and vote bank politics that instead of acting against the inhuman aggressor Jihadis, they have been arresting the victim members of Hindu society? Is protection of cow progeny and protecting the country and its Dharma a sin in Bharat? The persecution of patriots and nationalists and the ‘mamata’ (‘maternal love’) being shown to anti-Dharmists and anti-nationals cannot be stomached anymore. It is because of this pseudo-secularist and tangled mentality of some political leaders, parties and people holding constitutional posts in states like Maharashtra and Telangana that the ‘wajib-ul-qatl’ motive of brutal Jihadis increases. It is absolutely unacceptable to the Hindu society!

Meanwhile, in Karnataka, VHP-Bajrang Dal Karyakartas, along with Hindu society, demonstrated throughout the state demanding justice for Harsha and complete ban on PFI (Popular Front of India). The protesters also submitted a memorandum in this regard to the District Collectors.