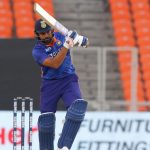 The Naval Investiture Ceremony – 2022 for the Western Naval Command (WNC) was held at Mumbai on 08 Feb 22.

The Commander-in-Chief also presented Unit Citations to INS Gomati and Base Victualling Yard (Mumbai) that delivered exceptional performances over the past year.

The Admiral acknowledged the contribution of all family members of the awardees for their unstinted support to service personnel in the performance of their duties.

The ceremonial event, traditionally conducted centrally for all awardees, was conducted within the Command due to the prevailing COVID-19 pandemic. The ceremony was witnessed by a number of senior dignitaries of the Indian Navy as well as spouses and families of the awardees.