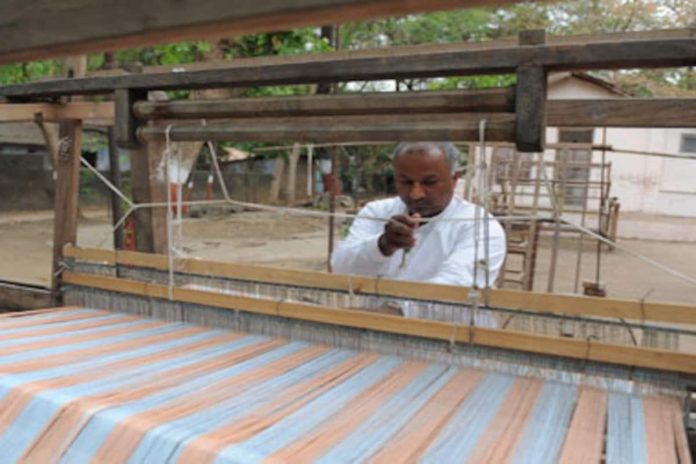 Khadi and Village Industries Commission (KVIC), which, in the recent years, has adopted “zero tolerance” against the sale of spurious/non-Khadi products, has cancelled the “Khadi Certification” to its oldest Khadi Institution named Mumbai Khadi & Village Industries Association (MKVIA), which was running the prestigious “Khadi Emporium” at Metropolitan Insurance House, a heritage building, located at DR D.N. Singh Road in Mumbai since 1954.

The action came after KVIC found that the said Khadi Emporium at Dr D.N. Road was selling non-Khadi products in the guise of genuine Khadi. During routine inspection, KVIC officials collected samples from the Emporium that were found to be non-Khadi products. KVIC issued a legal notice to MKVIA for flouting the norms of “Khadi Certificate” and “Khadi Mark Certificate” issued by the Commission. With cancellation of the registration, Khadi Emporium ceases to be a genuine Khadi Outlet and is no longer permitted to sell Khadi products from the Emporium. KVIC is also contemplating legal action against the MKVIA for criminal breach of trust and cheating public at large by misusing the credibility and popularity of brand Khadi.

KVIC had, in the year 1954, handed over the operation and management of Khadi Emporium to MKVIA, a registered Khadi Institution, on the strict condition that it would sell only “Genuine Khadi Products” from the emporium. However, in recent years, MKVIA had indulged in unfair trade practices by selling fake Khadi products and thus cheating people who were under the impression that this Emporium was being run by KVIC.

It is pertinent to mention that KVIC, in the last few years, has acted tough against the misuse of its brand name “Khadi India” and infringement into its trademark. So far KVIC has issued legal notices to over 1200 individuals and firms including retail brand Fabindia for misusing the brand name “Khadi” and selling non-Khadi products under the name of “Khadi”. KVIC has sought damages to the tune of Rs 500 crore from Fabindia which is pending before the Mumbai High Court. Last year, KVIC also forced online shopping portals – Amazon, Flipkart and Snapdeal – to take down 140 web links that were selling non-Khadi products as “Khadi”.