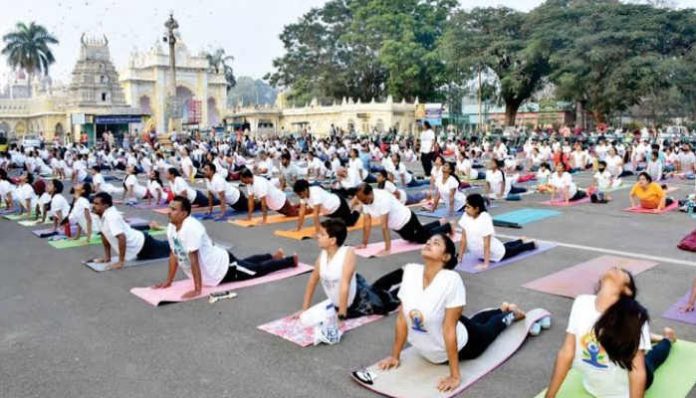 The Ministry of AYUSH is organizing a global Surya Namaskar Demonstration programme on 14 January 2022 for 75 lakh people globally (on the day of Makar Sakranti to commemorate the journey of the sun to the Northern Hemisphere). This occasion commemorates thanksgiving to ‘Mother Nature’ for bestowing health, wealth and happiness. On this day, the ‘Surya Namaskar’ is offered as a salutation to the Sun to exhibit one’s gratitude for each of its rays as it nurtures all living beings. The Sun, as the primary source of energy, is critical not only for the continuation of the food-chain but it also energizes the mind and body of human beings. Scientifically, the Surya Namaskar has been known to develop immunity and improve vitality, which is significant to our health during pandemic conditions. Exposure to the Sun further provides the human body with Vitamin D, which has been widely recommended in all medical branches around the world.

The mass Surya Namaskar demonstration also intends to carry the message of climate change and global warming. In today’s world where climate consciousness is imperative, the implementation of solar e-energy (green energy) in daily life will greatly reduce carbon emissions that threaten the planet.

Further, the event will underline the importance of Makar Sakranti in our cultural and spiritual heritage. The Surya Namaskar is a set of 8 Asanas performed in 12 steps with coordination of the body and mind. It is preferably performed in the early morning.