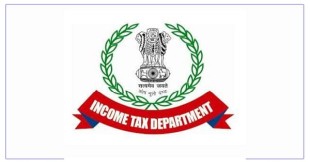 The Income Tax Department carried out search and seizure operations on 22.12.2021 on two groups and their business entities. One group is engaged in the business of manufacturing electrical switches, wires, LEDs, real estate and hotel business in Rajasthan, Maharashtra and Uttarakhand whereas, the other group is engaged in money lending business in Jaipur and nearby cities. The search action has covered more than 50 premises spread over various locations including Jaipur, Mumbai, and Haridwar.

A large number of incriminating documents and digital data have been found and seized during the search action.

A preliminary analysis of seized evidence reveals that several entities, engaged in the business of manufacturing switches, wires, LEDs, etc., have been selling such goods which are not recorded in the regular books of account. During the investigation, it was also noticed that they were claiming bogus expenses to reduce taxable income. The trail of receipt of cash component on unaccounted sale of goods has also been found. In the case of this group, the search team has detected transactions evidencing undisclosed income of more than Rs.150 crore. The key person of the group has admitted Rs.55 crore as undisclosed income and has offered to pay tax thereon.

The analysis of seized and other related documents relating to the other group has revealed that most of the loans are given in cash and a relatively high rate of interest has been charged on these loans. Neither the loans advanced nor the interest income earned thereon, have been disclosed in the returns of income of the persons engaged in this business. Evidence relating to undisclosed income of more than Rs.150 crore has been detected in this group.

The search action, so far, has resulted in total seizure of unaccounted cash and jewellery worth Rs.17 crore.

Further investigations are in progress