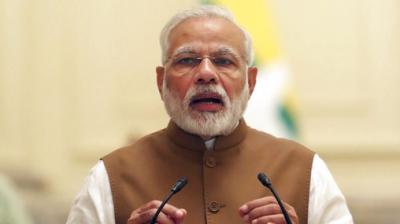 The Vice President, Shri M. Venkaiah Naidu, today stressed the need for better science communication in regional languages to reach out to people in their mother tongue and to inculcate a scientific temper among them. Recalling that the Constitution lists ‘developing scientific temper and the spirit of inquiry’ in people as a Fundamental Duty, Shri Naidu called for increased efforts to popularise science through books, TV shows and radio broadcasts.

Reflecting on the impact of technology like Artificial Intelligence on people’s lives, Shri Naidu said that science discourse now must become more inclusive and democratic. He called upon the scientific community to take the advancements in their fields closer to the people, suggesting they have a scientific social responsibility or SSR, akin to corporate social responsibility.

Recalling the contributions of Ramanujan, Shri Naidu emphasised that it is our duty to recognise the contributions of Indian scientists and mathematicians to nation-building. “We must recount their inspirational stories to our youngsters and encourage them to take up careers in science”, he added.

Shri Naidu paid tributes to the six scientists whose birth centenary Vigyan Prasar is celebrating – namely, Har Gobind Khorana, G. N. Ramachandran, Yelavarthy Nayudamma, Balasubramaniam Ramamurthi, G. S. Laddha and Rajeshwari Chatterjee – who were all born in 1922. He said that even though they were not provided adequate freedom, respect, and space to conduct their scientific studies under the colonial rule, they showed indomitable spirit in their scientific endeavour. Shri Naidu called upon educational institutions in the country to celebrate the lives and achievements of the six scientists in this calendar year.

The Vice President called for introspection in the field of STEM (Science, Engineering, Technology and Mathematics) and suggested that India must aim to become a world leader in scientific research. To this end, he suggested increasing public and private investments in R&D, encouraging scholars to publish papers in reputed peer-reviewed journals, resolving bottlenecks in the patenting regime and nurturing promising ideas that find wide applications.

Stressing on the importance of right talent in STEM, Shri Naidu noted that the issue of gender divide in the field has to be addressed. He observed that even though the STEM field has more than 42 percent female graduates, only 16.6% women researchers are directly engaged in R & D activities. He called for creating an enabling environment so that more girls can take up careers in mathematics and science.

Noting that many children develop a fear for mathematics and science in schools, Shri Naidu suggested arousing an interest in the subject through experiential learning methods. “Puzzles, demonstrations and other hands-on activities could be utilised to make children become friends with numbers”, he said.

Following is the full text of the speech:

I deem it a privilege today to inaugurate the year-long celebrations of birth centenaries of inspirational Indian scientists and honour their role in the building of modern India.

At the outset, let me wish all of you and the country’s citizens a happy National Mathematics Day. Today is the birthday of the legendary mathematician, Srinivasa Ramanujan, who captured the imagination of the people world over.

Ramanujan, like Swami Vivekananda, lived a short life but one that is full of accomplishments that we, as Indians, shall always be proud of. In a short period, he produced nearly 4000 amazing original results; His notes had original theorems that took years for other mathematicians to prove!

I salute this great man, who came from a humble background but became an icon in the field of mathematics. Despite domestic hurdles and colonial suppression, he achieved excellence. Eventually, the colonial administration had to acknowledge his brilliance. His crowning glory came when he became one of the youngest Fellows of the Royal Society. His life continues to inspire generations of Indians.

I am happy to know that Vigyan Prasar has organised a massive outreach programme in 2020, titled ‘Ramanujan Yatra’. I am told this program received a good response across the country and inspired young people.

In the same way, as we celebrate Azadi Ka Amrit Mahotsav, we pay homage to six scientists today who have contributed immensely to the world of science and to our nation-building. They are Har Gobind Khorana, G. N. Ramachandran, Yelavarthy Nayudamma, Balasubramaniam Ramamurthi, G. S. Laddha and Rajeshwari Chatterjee. This year is the birth centenary of these exceptional scientists.

Born in 1922, these six scientists grew up in the pre-independence era. The Indian scientific fraternity was not provided adequate freedom, respect, and space to conduct their scientific studies. The British did all that they could to dampen the spirit and intellect of our scientists and technocrats. Yet, they continued their struggle. Like any other freedom revolutionary, they did their bit through their work and indomitable spirit of serving science for the nation.

It is my fervent belief that it is our duty to remember the contribution of our great scientists, mathematicians and engineers to nation-building. As a nation, we have reaped the benefits of their hard work through many technological advancements, through great dams, through world class metros and through an IT and communications revolution that has made India a world leader now.

We must recount their inspirational stories to our youngsters and encourage them to take up careers in science. We need to create the right ecosystem for the youngsters to become future leaders in science and lead our nation into the 21st century.

As a related aspect, we must also introspect and find out ways to excel in the field of STEM (Science, Engineering, Technology and Mathematics) research. We must increase public and private investments in R&D, nurture  research scholars to do high-quality research, encourage them to publish papers in reputed peer-reviewed journals, resolve bottlenecks in  patenting regime and nurture promising ideas that find wide applications. Through these initiatives, India must aim to become a world leader in scientific research and innovation and become ‘Vishwa Guru’ once again.

For India to be among the top nations in STEM, there is a need to put in place a well-planned strategy to identify and nurture talent from a young age, offer incentives, provide facilities to take up cutting edge and support  researchers in finding solutions to societal problems.

In this regard, a key concern that needs to be addressed in the STEM ecosystem is the lack of diversity. While India has a significant share of female graduates in STEM (more than 42 percent), better than some of the developed nations, only 16.6% women researchers are directly engaged in R & D activities. Diversity in STEM is absolutely necessary and the need of the hour is to bridge the gender divide in employment.

From hardly a handful of women in science, we have come a long way today. We pay homage to pioneering women like Janaki Ammal, Rajeshwari Chatterjee, Anna Mani and Sunanda Bai for their path-breaking contribution and breaking the glass ceiling. But we must not stop here and create an enabling environment so that more girls can take up careers in mathematics and science.

Science is not just about inventions and technological advancements. It is also about the spirit of rational inquiry that can guide us in our lives. Our Constitution mentions this as one of our Fundamental Duties (Article 51A(h)) — to develop scientific temper and spirit of inquiry.

I must commend Vigyan Prasar for doing an excellent job over the years in taking science to the homes of people, in a simple, crisp and interesting manner. There is a need for more exciting programs that explain basic scientific concepts to people in their mother tongue. This would also contribute towards inculcating a scientific temper among people. Steps must also be taken to popularize science through books, periodicals, television shows, documentary programmes, and radio broadcasts in regional languages.

With the emergence of new fields like Artificial Intelligence and stem cell research, there is a need to simplify scientific concepts at higher level too. Since  technology affects people’s lives, science discourse must become more inclusive and democratic.

In schools, while mathematics and science are deemed as part of the child’s basic education, it is unfortunate that many develop a fear of the subjects and they are often encouraged to do rote memorization. This can be tackled only by arousing an interest in the subject through experiential learning methods. Puzzles, demonstrations and other hands-on activities could be utilized to make children become friends with numbers. A pedantic manner of teaching should be replaced with a more interactive and inclusive method.

Once again, I am very happy to inaugurate this year long celebrations of birth centenaries of inspirational Indian scientists today.

My compliments to Vigyan Prasar and the Department of Science & Technology for organizing this celebratory programme!. I hope the momentum continues throughout the year as we celebrate Azadi ka Amrit Mahotsav. Let us celebrate the role of our scientists, science communicators, science teachers, policymakers and institutions that have contributed to the building of this great nation.