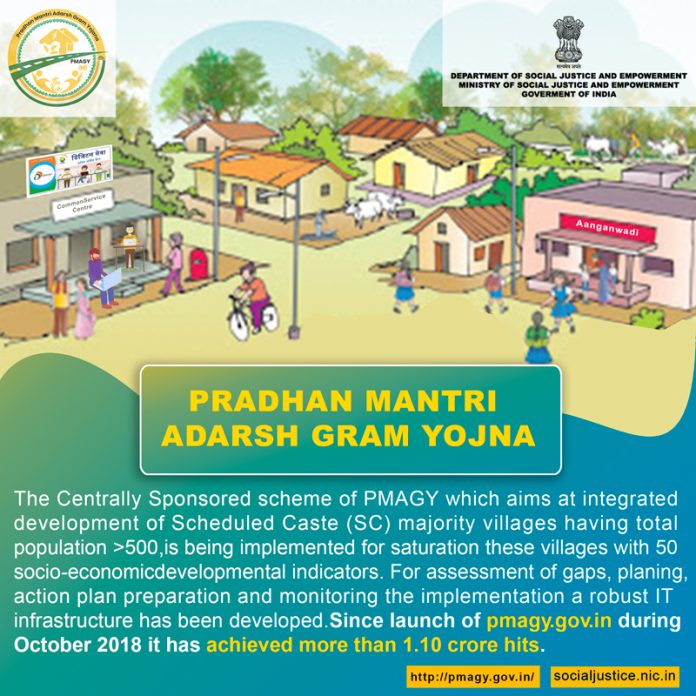 The Ministry of Social Justice and empowerment has been monitoring the expenditure of the funds allocated for the Development Action Plan for Scheduled Castes (DAPSC) every quarter. A portal has been created which shows the progress in utilisation of these funds on real-time basis.

DAPSC is actually a conglomeration of various schemes being run by different Ministries for the welfare of Scheduled Castes.  Usually, the schemes of the Ministries undergo evaluation study normally every five years, if the scheme is to be continued beyond five years.  The onus of the study of the scheme solely rests on the implementing Ministries.

DAPSC is a gamut of schemes which are run and implemented by various Ministries.  DAPSC is not a standalone scheme.  The schemes included under DAPSC are those which provides for direct benefits to the Scheduled Castes population.  Since it is obligatory on the participating Ministries to allocate funds for the welfare of Scheduled Castes in their schemes under DAPSC, the issue of giving legal framework to DAPSC has not arisen.

A number of initiatives have been taken by the Government for development of SCs, which have yielded positive outcomes, and have also resulted in narrowing the gaps between the Scheduled Castes and the rest of the population. It has been mandated that all the States/Ministries/ Departments shall earmark certain percentage of the funds under their major schemes for the Scheduled Caste population so that adequate resources are available for their socio-economic upliftment. From 2017-18 onwards, D/o Social Justice & Empowerment has been entrusted with the task of monitoring the physical and financial outcome of Schemes under Development Action Plan for Scheduled Castes (DAPSC) erstwhile Scheduled Caste Sub Plan (SCSP)/Allocation for Welfare of Scheduled Castes (AWSC) in respect of concerned 41 Central Ministries and Departments. The Allocation for Welfare of Scheduled Castes was stepped up from Rs.72,936.29 crores in 2019-20 to Rs.83,256.62 crores in 2020-21, an increase of about 14.15%.

This information was given by Minister of State for Social Justice and Empowerment, Shri Ramdas Athawale in a written reply in Rajya Sabha today.