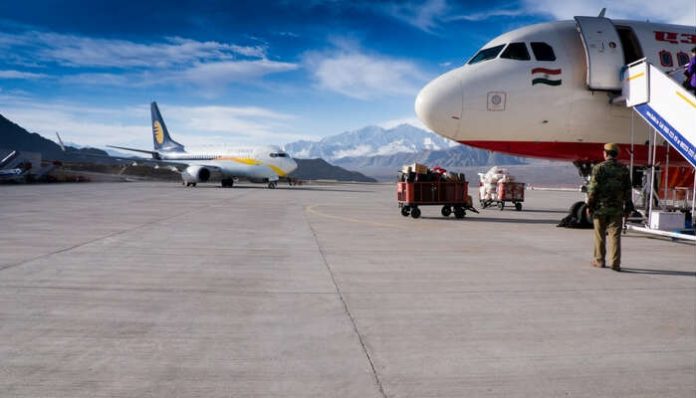 Upgradation and modernization of civil aviation infrastructure is an ongoing process and is undertaken by concerned airport operators from time to time depending on the availability of land, commercial viability, socio-economic considerations, traffic demand/willingness of airlines to operate to/from such airports. AAI has taken up development of new airports and expansion/ upgradation of existing airports at estimated cost of around Rs. 25,000 crores in next 4-5 years which includes expansion and modification of existing terminals, new terminals, expansion or strengthening of existing runways, aprons, Airport Navigation Services control towers, technical blocks etc. In addition, three Public Private Partnership (PPP) airports at Delhi, Hyderabad and Bengaluru have undertaken major expansion plan to the tune of Rs. 30,000 Crores by 2025. These projects are at various stages of planning/development.

Government of India has formulated a Greenfield Airport Policy, 2008which provides Guidelines for establishment of new Greenfield Airports in thecountry. As per Policy, an Airport Developer, including the State Governments, willing to establish an Airport is required to send a proposal to the Ministry of Civil Aviation(MoCA).There is a 2-stage process for approval of the proposal i.e.

‘Site-Clearance’ stage and ‘In-Principle’ approval stage. In accordance with this policy, MoCA receives proposals from the State Governments or Airportdevelopers from time to time for establishment of airports. MoCA has so faraccorded ‘in-principle’ approval for setting up of 21 Greenfield Airports across thecountry namely Mopain Goa, Navi Mumbai, Shirdi and Sindhudurg in Maharashtra, Kalaburagi, Bijapur, Hassan and Shimoga in Karnataka, Datia(Gwalior) in Madhya Pradesh, Kushinagar and Noida (Jewar) in Uttar Pradesh, Dholera and Hirasar in Gujarat, Karaikal in Puducherry, Dagadarthi, Bhogapuramand Oravakal in Andhra Pradesh, Durgapur in West Bengal, Pakyong in Sikkim,Kannur in Kerala and Hollongi (Itanagar) in Arunachal Pradesh out of which eight airports namely Durgapur, Shirdi, Sindhudurg, Pakyong, Kannur, Kalaburagi, Oravakal and Kushinagar have been operationalized.

Under UDAN scheme, so far, 154 RCS airports including 14 water aerodromes & 36 helipads have been identified for development/upgradation.

This information was given by the Minister of State in the Ministry Of Civil Aviation (Gen. (Dr) V. K.Singh(Retd) in a written reply to a question in Rajya Sabha today.