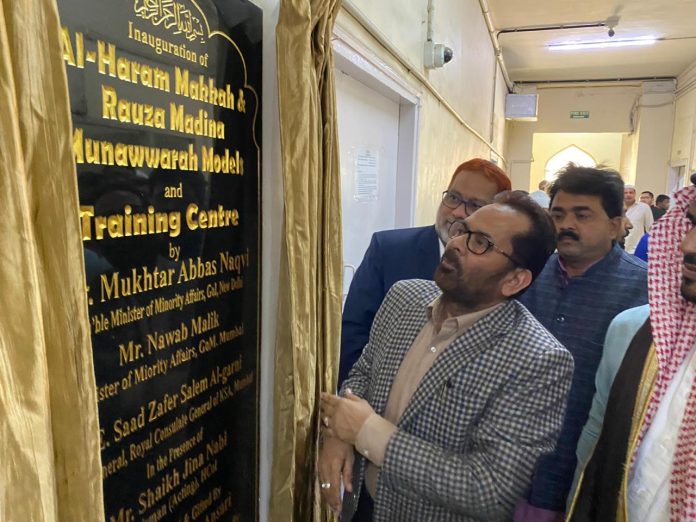 The Governor of Gujarat, Acharya Devvrat, has said that “HunarHaat” is playing a pivotal role in protection and promotion of thousands years’ old ancestral legacy of arts and craftsmanship of the country.

In his address after inaugurating the 34th  edition of “HunarHaat” at Vanita Vishram Parisar in Surat today, Shri Devvrat said that the artisans and craftsmen of the “HunarHaat” have revived the country’s heritage of art and skill. They have increased India’s prestige and pride.

Shri Devvrat said that the Government led by Prime Minister Shri Narendra Modi has taken several significant steps to protect and promote the ancestral legacy of arts and craftsmanship of our country which was on the verge of extinction. The “HunarHaat” has proved to be an effective platform in this regard. The “HunarHaat” has strengthened the campaign of “Vocal for Local”.

He said that the “HunarHaat” is not only honouring the ancestral legacy of India but it is also providing employment opportunities to lakhs of artisans and craftsmen from across the country.

The Governor said that “Ek Bharat, Shreshtha Bharat” is displayed at “HunarHaat” in true sense. Since the ancient times, India had been known as the ‘Sone Ki Chidiya’ (Golden Bird) due to its abundance of arts, craftsmanship, culture and tradition. And the country’s artisans and craftsmen played an important role in making the country the “Sone Ki Chidiya”. Today, the “HunarHaat” is uniting the art and skill from every corner of the country.

On the occasion, Union Minister for Minority Affairs Shri Mukhtar Abbas Naqvi said that the “HunarHaat” has proved a “powerful perfect platform” of “3Vs”- “Vishwakarma Virasat Ka Vikas”. The Government has not only protected the country’s legacy of art and craftsmanship, it has also provided market and opportunities to indigenous products.

Shri Naqvi said that more than 7 lakh artisans, craftsmen and people associated with them have been provided employment and employment opportunities through “HunarHaat” in the last about 6 years. About 40 per cent of them are women artisans.

In his address, senior Gujarat Minister Shri Purneshbhai Modi said that every region, every district, every village of our country has skilled people. Welcoming the “HunarHaat” at Surat, he thanked Prime Minister Shri Narendra Modi.

Exquisite and elegant indigenous handmade products from more than 30 States and UTs are available in this 34th “HunarHaat” where more than 600 artisans and craftsmen are participating with about 300 stalls. Traditional dishes from different regions of the country are also available at the “HunarHaat”.

Besides rare handmade indigenous products and traditional dishes; various cultural and musical programmes of renowned artists and Vishwakarma Vatika are also a major attraction of this 10-day “HunarHaat”.