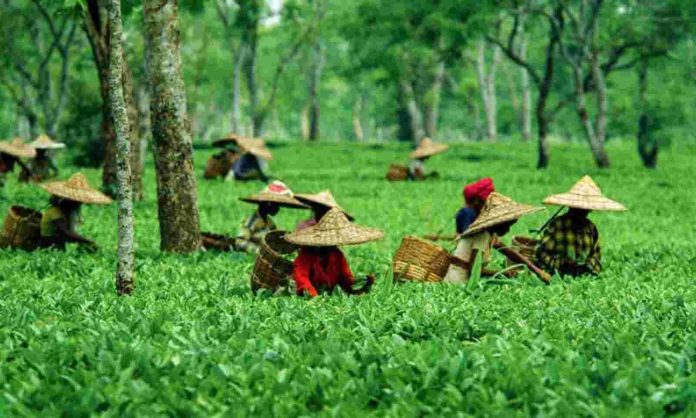 The Union Minister appreciated the lush green environment of the University campus and lauded the achievements of the students of Dibrugarh University in different fields. Speaking on the occasion, the Union Minister spoke about Tradition to Translation, of scientific validation of India’s traditional systems of medicine and how the rich biodiversity of the North East can be explored to push further growth of the region. ”Economy and Ecology, Humanity and Technology have to walk hand in hand to build a better future.” the Minister added.

The Union Minister highly praised sports icon MC Mary Kom for her dedication. “MC Mary Kom, from being a mother of three to winning six World Championship is a feat unseen anywhere else. She is an inspiration for all of us,” the Minister said. Stating that Youth Power is the building force of the Nation, the Union Minister also highlighted PM Shri Narendra Modi’s effort to empower the youths of the country.

The Union Minister announced development schemes for the University in his speech today. “In the coming days, financial assistance will be provided by the Ministry of Ayush for the setting up of a Herbal Garden & Nursery and a Research Centre at Dibrugarh University campus,” the Minister said.